Learning Your Vote Is Your Voice 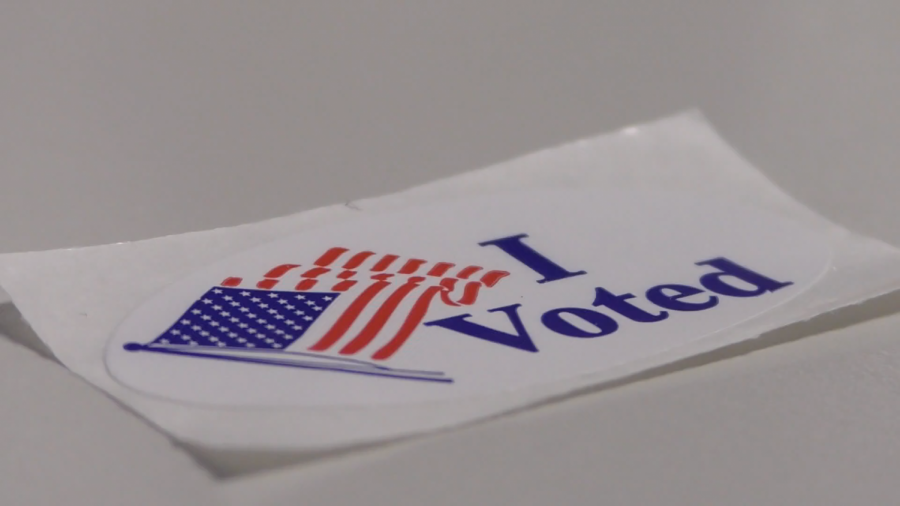 The 2020 Democratic presidential candidates sweep the nation in the state primaries during Super Tuesday, fighting to secure their spot as the Democratic nominee. A major point that the candidates continue to underscore is voter turn-out.

With every new election comes new voters who have the chance to make their voices heard.

Being able to vote is a huge responsibility and can be intimidating for first-time voters. However, classes such as government and economics, that are mandatory for seniors, can be helpful in developing political knowledge.

“I think it gives them a really good introduction,” macroeconomics teacher Mr. Caylor said. “It shows it both from a political and economical perspective and I think they merge very nicely.”

Most government teachers keep an open dialogue about what’s going on in the news in order to keep their students up to date, as well as stimulate their thoughts on certain topics.

“Even if the teacher doesn’t choose to go over current events, they at least have the foundation set so they can maybe establish an opinion,” government teacher Ms. Jesko said.

Jesko’s government class focuses on how the founders intended the U.S. Government to be, how it has progressed over time, and how it impacts the students as American citizens.

“I think it benefits me greatly, especially the government part,” senior Matthew Rossi said. “Before going into government a lot of people don’t know the state and local positions that are gonna be on the ballot.”

“Also mixed into the course are political socialization lessons,” Jesko said. She says that lessons like these can help students recognize which political party or interest group they may identify with.

“One specific skill that I’ve learned through AP gov. is campaign finance,” senior Viha Vishwanathan said. “That’s been able to help me understand the candidates’ platforms.”

On the other hand, macroeconomics provides students with the knowledge of how the U.S. economy works and how it relates to citizens and the government.

According to Caylor, his economics class can help young voters better understand the goals that candidates have and the different ways they want to achieve that goal.

“Economics helps us understand that we have unlimited wants and scarce resources, and what they’re really debating on the stage is how best to use those resources,” Caylor said.

“Taking econ. opens your mind up to fiscal policy,” Rossi said, “and that kind of gives you a better viewpoint into which candidate might best fit your interests.”

In the 2018, midterm elections voter turnout for young people increased by 16 percent, according to the U.S. Census Bureau. Young voters are increasingly showing interest in politics.

The 18 to 25-year-old cohort is the largest group of people in America. The impact of that demographic can be a major influence on the election, Jesko said.

Vishwanathan feels strongly that it is important for her generation to vote. “When we were growing up a lot of adults told us that our opinions don’t matter but now we finally have the opportunity to exercise that opinion,” she said.  She is not old enough to vote in the primary but is planning on voting in the general election.

Rossi voted on the first day of early voting, which ran from Feb. 18 to Feb. 28.

“It is my constitutional right and I think everybody should exercise their rights appropriately,” he said.

Mr. Caylor stressed the point that students who can vote should vote. Not everyone has the opportunity to have a say in what goes on in their country and it is a privilege to be able to have that right.

“I tell some of my students that it’s almost a revolution without a bullet, but with a ballot,” Caylor said.

Election Day for the Texas Primary was Mar. 3 and was hosted at several different locations around the area.

Former Vice President Joe Biden won Texas with Sen. Bernie Sanders not far behind. Biden was awarded 111 delegates out of the 228 available, while Sanders got 102.

Former New York City Mayor Michael Bloomberg managed to steal 10 of the Texas delegates, but dropped out due to a disappointing Super Tuesday.

Sen. Elizabeth Warren only won 5 delegates in Texas and did not have much luck anywhere else. Her poor performance caused her campaign to come to an end, virtually making it a two man race between Biden and Sanders.

As the remaining candidates advance to the final state primaries, they continue to promote increased voter turnout and try their best to appeal to a variety of demographics, especially younger voters.

While most of the students taking government and economics now will be of age to vote in the general election, it is up to them to make that choice of whether or not they want their political voice to be heard.